Many years ago, in the town of Jinja, Uganda, the government donated an aging office building in the middle of town to a group of handicapped individuals. They have a place to sleep, eat and work! This generosity has enabled several dozen men and women, many crippled by polio, to have the tools they need to help themselves.

One thing that they haven’t had however, is the means to properly maintain what they’ve been given.

This past month the brothers using funds provided by Christian Aid Ministries, replaced the rotten fascia boards along the roof-lines of each of the buildings. Many of the roof tiles were broken as well, causing rainwater to accelerate the normal rate of decay. Mzee  Joseph (read more of his story), the leader of the group told us that the boards had been slowly deteriorating since at least the 1960’s. 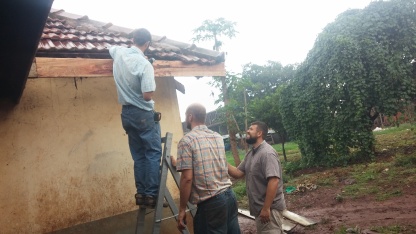 While most of the men and woman have donated wheelchairs and crutches, rolling around on dirt and rock paths year after year have left them broken and battered. With the funds provided, the brothers managed to hire a local welder and bicycle technician to make the needed repairs. All glory to our Heavenly Father who has made all of this possible! 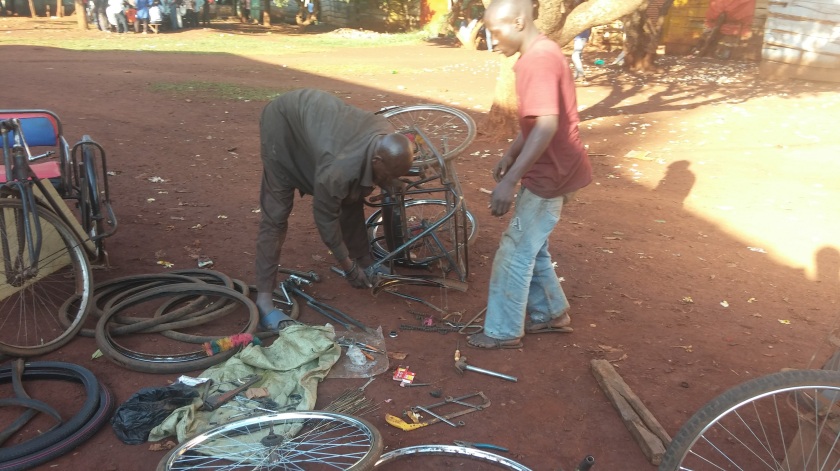 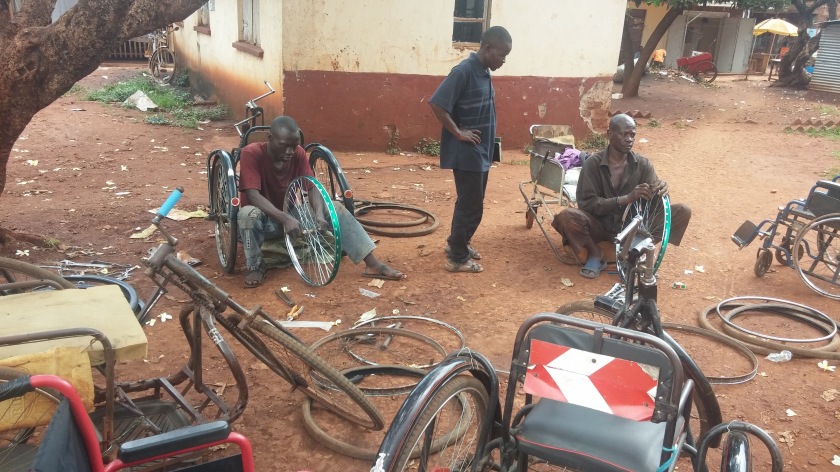 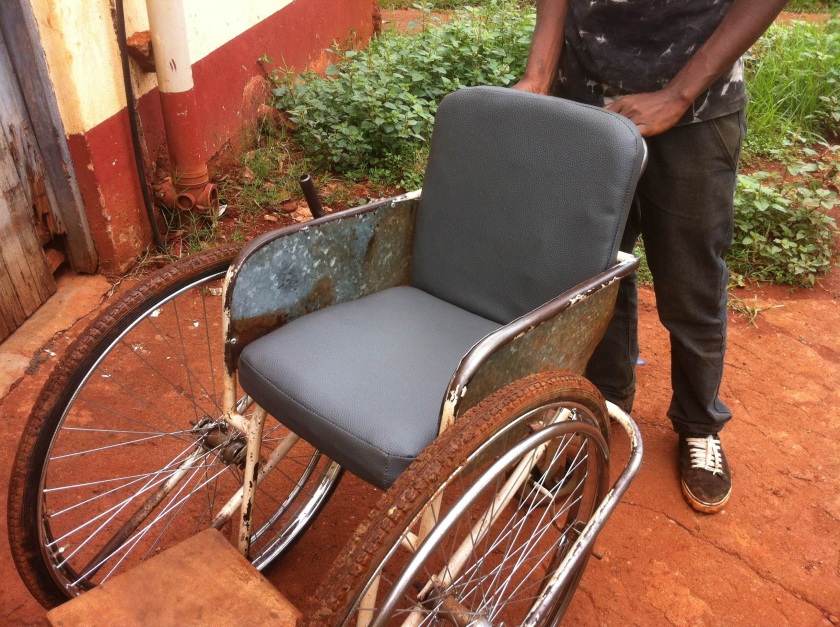 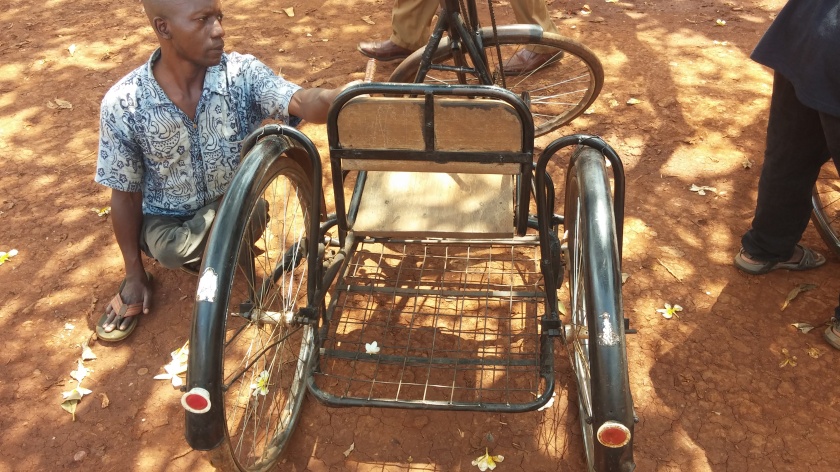 Followers of the Way Kampala